Posted by Darren Laverty at 16:20 No comments:

Posted by Darren Laverty at 13:46 No comments:

roys admission about ch4 and anglesey

The Outlaw‏@BlogOutlaw
C4 actually wanted me to name Gordon Anglesey on camera, who I had never heard of until recently. At least get some facts right eh?
0 replies0 retweets0 favorites

The Outlaw‏@BlogOutlaw
Haha, who said that Morrisson was seen at BE? Certainly not me. C4 however? Not my call, it fitted their story perhaps #idiots
0 replies0 retweets0 favorites

The Outlaw‏@BlogOutlaw
Once again Dr Lavatory, whoever 'informed' you is as delusional as you are, you publish it and you also look the idiot you undoubtably are

The Outlaw‏@BlogOutlaw
@urcrazytoo There are some 'suspects' who would benefit from a few slaps.... I could think of some trolls that deserve equal consideration
0 replies0 retweets0 favorites
10:02 PM - 11 Jan 2015

LEE RYAN‏@LeeTaylorRyan
@gojam_i_am So it's hightime to have a really indepth look at who Jonathan Sawyer aka Gojam really is. This is my real name, I don't hide.
12:43 AM - 12 Jan 2015

LEE RYAN‏@LeeTaylorRyan
.@gojam_i_am Why are you spitting bile about me and Sonia? It's my experience that everyone is gobby and psesudo-brave until doorstepped.
12:42 AM - 12 Jan 2015

LEE RYAN‏@LeeTaylorRyan
@BlogOutlaw You know what we've got to do, right? Camera is always ready. Southampton here I come!
0 replies0 retweets1 favorite
12:38 AM - 12 Jan 2015

Posted by Darren Laverty at 18:57 No comments:

I'll just leave this here. Many more on the way.
#DADDYGATE will not disappear
Posted by Darren Laverty at 20:43 No comments:

Shaun Attwood doesn't want you to see this video.

I'll just leave this here.
Posted by Darren Laverty at 13:39 No comments:

On this day 35 years ago I was summoned to the main office where Peter Howarth announced: "there's a warrant here for your train". "Train"? I asked. "Yep... you're off lad". Two minutes later David Birch walked in rattling the van keys smiling. "Come on Darren, your train leaves in 20 mins we don't want you missing it do we"? My mouth was agape. I walked upstairs to my dorm put my stuff in a rucksack threw it over my shoulder and made my way downstairs, then outside to the minibus. No goodbyes no handshakes no hugs nothing. Just me, Birchy and the minibus.

Birchy dropped me off, "try and look after yourself Darren lad, it's a fucking jungle out there". I turned around to say goodbye but he was already driving off. I handed the ticket to the man behind the glass window. He stamped it and I walked onto the platform. Someone had left a newspaper on the bench, The Daily Post, 6th June 1983. The train pulled up, I lit a fag opened the door and stepped on board. I found a seat next to the window and watched as Wrexham faded into a small spot and eventually from sight. I began to cry.

Arrival at Chester station was 20 mins later. A quick train swap and I was on the train to Llanfair PG. Another home, another life another episode. This time it was going to be different. I was going to get a job and meet a girl and enjoy my life away from social services.


30 years later and it feels like yesterday. Upon arrival at the halfway house/home, one of the helpers at the establishment commented "you know what day it is don't you Darren?.... It's D-Day, you could call it Daz's Day". I have every year since. Every year, every June 6th has been Daz's Day.  Today is no different.

RIP to all those who've failed to reach this far, you're forever in my thoughts.

Posted by Darren Laverty at 10:05 No comments:

Fuck all the trolls. 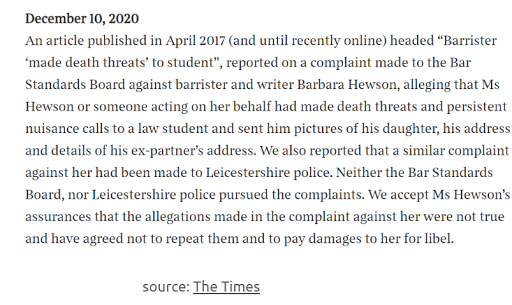 Posted by Darren Laverty at 13:12 No comments:

This tweet was aimed at me following the suicide of my beautiful nephew on Christmas Day 2018. He was 27 and suffered with fibromyalgia. The pain was too much for him.  He dived 30ft from the attic window and died on impact. His 14 year old sister found him on the garden path.Christmas will never be the same. His boss from Intel attended his funeral and stated that Sam was one of the few men he had met who had attained a superior intelligence in the short time he was with us. We still miss him terribly.

Duckworth was recently arrested (November 2020) for trolling others on the Internet. His persistent evil doings will haunt him eternally. He's one of the handful of trolls left who foolishly still rely on the Observers fabricated article of 1992 as a supposed weapon to use against me.

Update. I received the tweet below today. Duckworthless would have his family believe (because quite frankly, they're the only poor souls on earth who listen or read his bile) that he's been targeted. He's clearly trying to goad me into something he considers worthy of something somewhere in his own world. I suppose he's achieved that in-so-much, as I'm writing this update. He's aware that it'll be two years this Christmas since Sam's death. Two years of hurt for anyone Sam ever met and knew. Two years of fond memories and cherished moments Sam wasn't with us to share. New born's into the family, 50th parties, weddings and camping. Two years of Sam not on the beach, sat around the fire talking philosophy and two years of many hearts with a piece missing.

So it makes me wonder what sort of father (I use the word lightly), brother, partner or friend is driven to this behaviour. He's obviously not happy about the blog entry, that's a given. Well tough. If the tweet wasn't tweeted then this blog wouldn't exist. Simple as that. But Duckworth doesn't understand the latter. It will not compute to him. I understand why, I learned such a long time ago. We had a drunken rumble about something, sometime. He predictably interpreted having the piss taken as a serious threat to him and his world. It's a common theme of his. The illness transcribes reality into fantasy and thereafter he lives in that fantasy. The forever land of permanent state of victim hood. He's content there. He scribbles away to his hearts content and drinks himself to sleep. Been there, got the tee-shirt. It's la la land to the majority of humanity. But to the sufferer it's reality. Night after night after night, it's a never ending entertainment activity that is painful to watch and even worse to endure.

So as the need for attention increases he looks for triggers, targets, trends and victims. Any will do. Christmas 2018 he chose me. He premeditated his actual written words with a search for the 27 Club. He thought about how much pain he'd cause, how much glee he'd get and thereafter wrote the words and copied the link then sent it to me. The tweet wasn't a randomly thought out drunken slur. It wasn't aimed at anyone on the internet that wasn't me. That was a particular act of evil that thus far hasn't been forgotten or forgiven by more people than Duckworth could dare to imagine. So when he chose to target me that day at that time, he didn't consider anything other than satisfying his own requirement to perpetuate his victim status. An audio recording of his mind that night would offer up something akin to this-

"This'll get to him, oh I'd love to see Lav the child gang rapists (although he knows truth about that but ignores it) face when he reads this, wonder if he'll go for me in public. I'm am the best aren't I? Lav will deffo hit the roof when he reads it. I'm 110% (sic) he'll come after me. He has to, I demand it. I AM A VICTIM OF LAVERTY AND THAT IS THAT, viss tweet will purvoove to everyone eee's mad and vapes chilldven. Eee's frekend mine ya no? Aye, said werevall dead. Sent divecshuns and everyfing."

What can one do when faced with that? So I ignored the 2018 tweet. I had to. I was drinking at the time, especially that particular week. Had I not ignored the tweet.........only God knows the rest.

Posted by Darren Laverty at 14:45 No comments: